How to create ceremony

In anticipated death, both the dying and their family and friends may have the opportunity to take that time for reflection.

Marking the Moment After Death

By keeping or bringing a loved one home after death, family, friends, neighbors, and co-workers have the opportunity to mark the passing in an intimate, familiar environment. Slowing the pace of activity after the dying period allows everyone space to reflect and to take in what has occurred. Each family is different and will find their own way to make meaning of the death. (See Types of Ceremonies for more information.) Here are some to consider as a starting point. 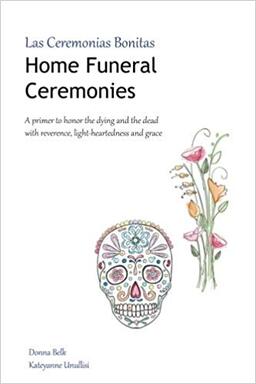 Find inspiration in "Home Funeral Ceremonies" by Donna Belk and Kateyanne Unullisi
For many of us, the time around a death is confusing and unsettling, and we often don't feel confident about what we say or how we say it. We have lost the art of condolence. Home funerals give us the opportunity to relearn the language of death within community, and to use it to make sense of what has happened and express our emotions and hopes.

We have come to expect that ceremonies are one-time events, and rituals are only religious. With more people dying and staying in the home for the vigil period, we are learning that ritual is a powerful tool for coping and making meaning that can be spontaneous, individual or collective, or formal.

Ordained clergy, interfaith ministers, and celebrants are all trained to varying degrees to assist families in creating personal and meaningful ceremonies that are story-centered and family-led. (See Types of Helpers for more information.)

The following websites offer free ceremonial resources, such as poems, songs, hymns, quotations, prayers, and other elements for families to use to create their own. Some also describe ceremony features according to the type of event and the time they may be used.
The Inspired Funeral
Funeral Helper
​Creative Funeral Ideas
​How to Host a Memorial Service at Home

Public Announcements of the Death

Who Needs to Be Notified
In the past, it was customary to file a death notice in a paper near where the deceased lived and did business in order to notify known creditors so that they have the chance to make a claim against the estate. It is not required by the state, since the filing of the death certificate with Vital Records is now considered sufficient record and proof. Today, posting a notice in the paper is more of a social convention, letting everyone in your world know that a family member has died.

Publishing a Death Notice or Obituary
Families may file obituaries and memorial notices. A newspaper may ask to see a death certificate if it is not being submitted by a funeral director.​ While some news outlets may still provide a death notice or obituary as a public service (or as a news item in the case of a public person), today these are typically handled by an advertising department charging by word count, number of lines, or column inches.

Online Memorial Websites are a good way to involve family and friends by providing a place to post condolences, and share memories and photos. Families can use the site to designate nonprofit charity donations and alert people to changes in plans. Typically a funeral home or cremation provider will offer their customers an online posting on their site at no additional charge. To lower costs of a published obituary, a longer version can be posted online with the paid notice including this web link for more details. Some families use Facebook and other social media sites for this purpose. There are also a growing number of online obituary and memorialization sites, many free, such as LifePosts. (See Elements of Ceremonies below for more information.)

Elements of Ceremonies and Rituals 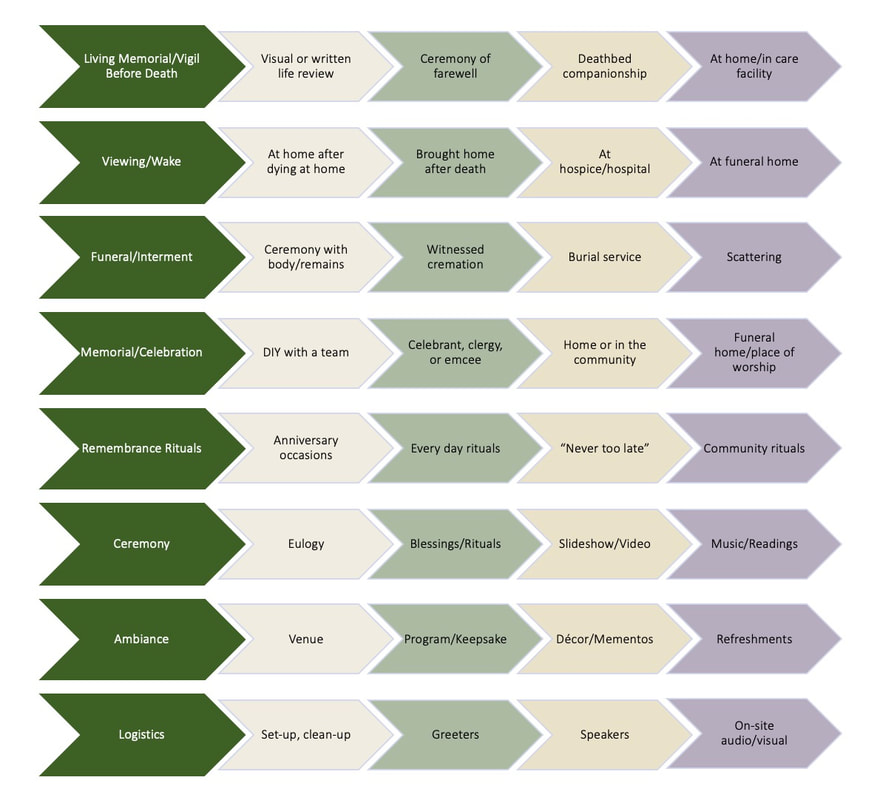